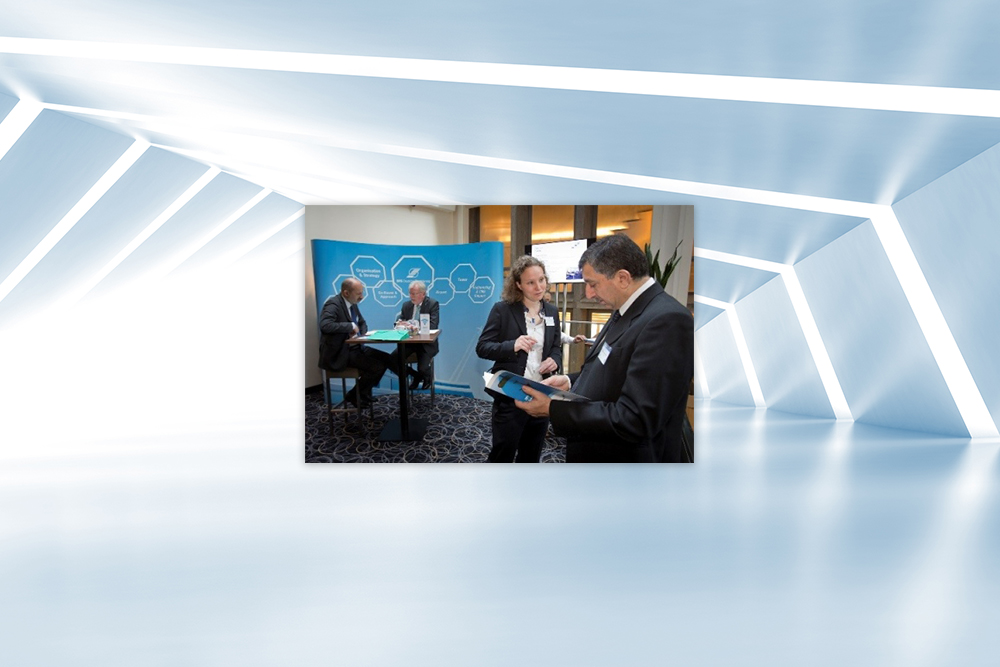 11.04.2017 – At the beginning of March, DFS Aviation Services celebrated its first large international appearance at the fifth annual World ATM Congress in Madrid. The new subsidiary attracted large crowds at its brand new stand that it shared with its parent company DFS, the German air navigation service provider.

The World ATM Congress is considered by many to be the most important annual event for air navigation services. Held between 7 and 9 March, this year it attracted a record number of 7,700 visitors and 230 exhibitors, representing 131 countries.

High-ranking representatives from various branches of aviation met and discussed topics related to the conference motto “Adapting to Change in ATM – Creating the Right Culture”. The focus was on how to achieve better performance and collaboration in view of often unpredictable and recurring events, especially those of a geopolitical nature. Another topic that received special attention was the question of integrating drones into airspace.
In her key note speech, European Commissioner for Transport Violeta Bulc spoke of a positive trend. For the first time, there is economic growth and a historically high employment rate in all EU Member States. This can act as a boost to the aviation industry. According to Bulc, the key factor will be to attain connectivity at a global level and efficiency at a national level.

The European Commissioner visited DFS CEO Klaus-Dieter Scheurle at the stand. At the conclusion of their half-hour meeting, the two went on to a meeting of CEOs of the air navigation service providers, the A6 Alliance, which Scheurle is heading for the second consecutive year. The topic of their discussion was the role of air navigation service providers in the implementation of integrated ATM in Europe in line with the EU Aviation Strategy.

Commercial business: Years of experience with a new look

Since the beginning of 2017, the subsidiary has taken over all the commercial business of DFS. At the congress, DFS Aviation Services presented the DFS Arrival Manager, the DFS Tower Suite as well as the NEWSIMWeb simulator. The NEWSIMWeb simulator uses cloud technology that allows for mobile and flexible deployment.

Visitors from around the world packed the double-decker stand. “The new stand, the new organisational structure and the new company name attracted a lot of interest. We talked to a lot of existing and potential customers from just about every region of the world,” summed up Oliver P. Cristinetti, Managing Director of DFS Aviation Services GmbH. “Now we have to follow up on the initial contacts and deepen the relationships with our customers.”

“Customers responded positively to the new subsidiary, which is now responsible for all of the commercial business of DFS. We have to make more of the opportunities that exist on the market. I am sure that we will achieve this with the expertise of our parent company” said Cristinetti. 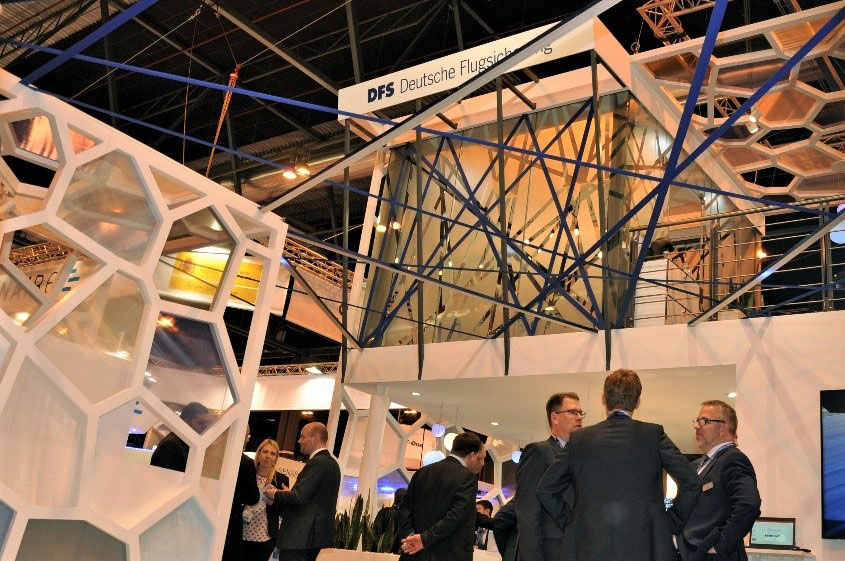 The shared booth with its striking tower cab. 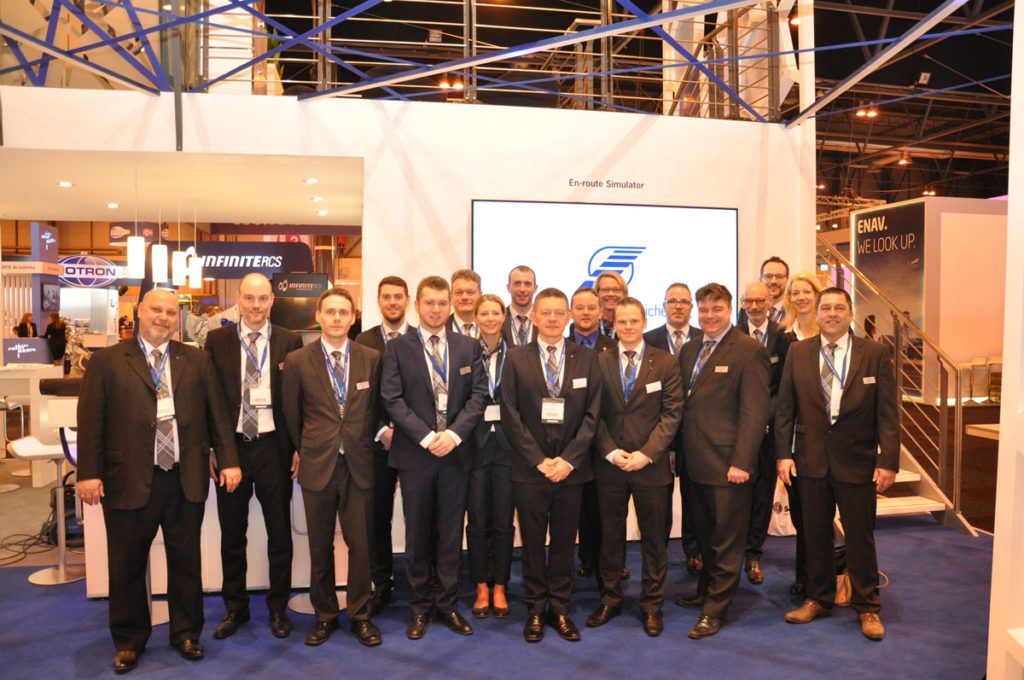 The crew at the booth.

Our enthusiastic ATM experts were excited about their first appearance under a new name and were on hand to answer all of our visitors’ questions. 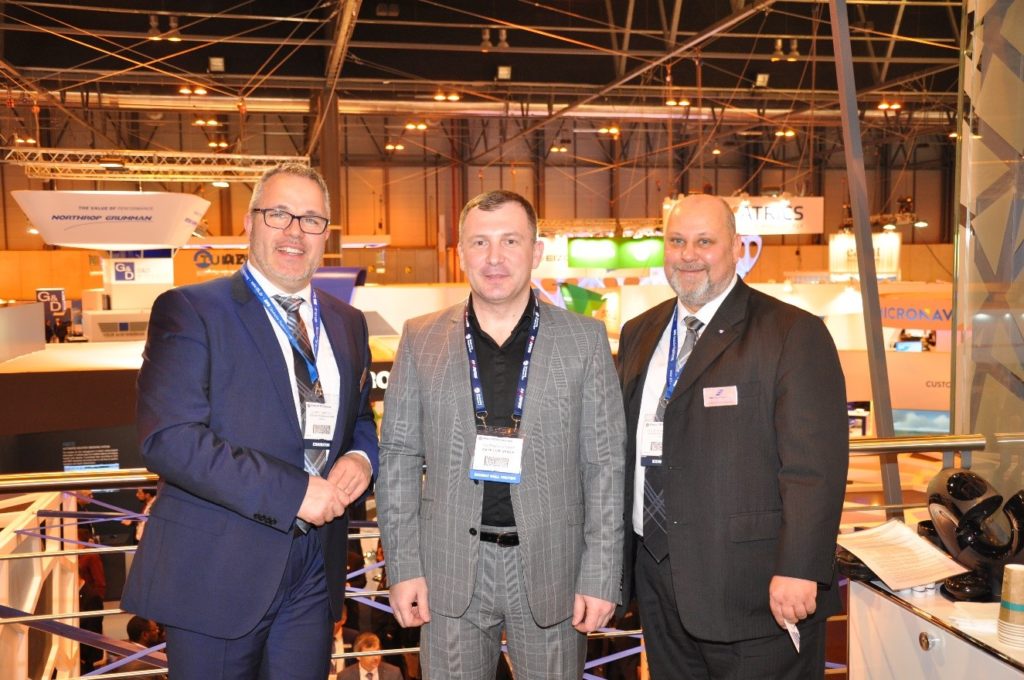 The most important ATM trade fair provides a meeting place with our customers and partners. 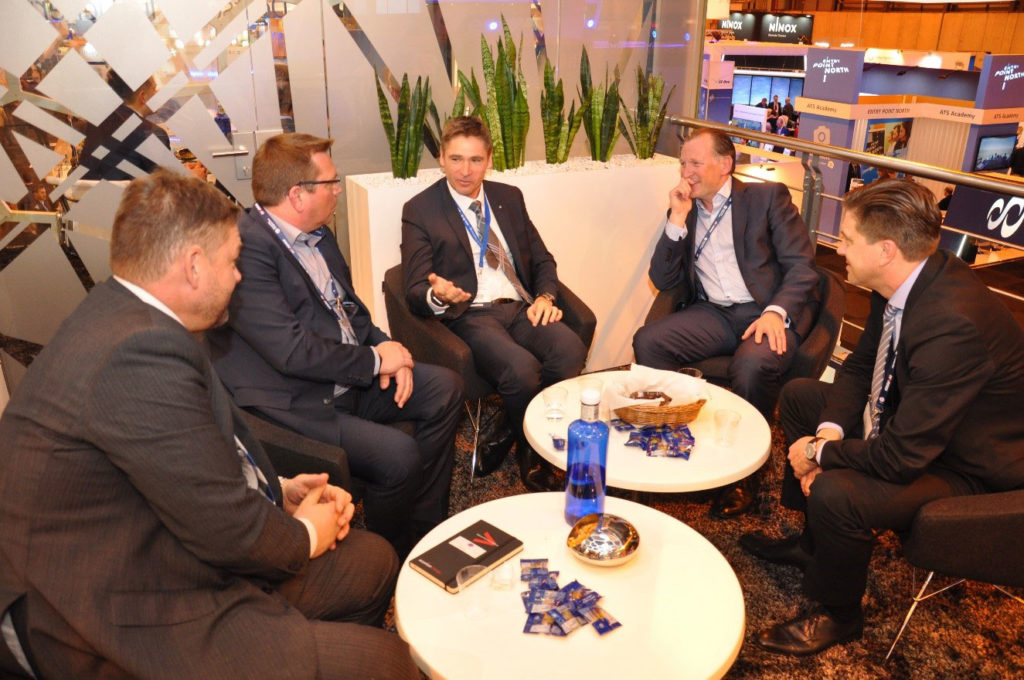 The upper level of the new stand was the ideal setting for valuable conversations.