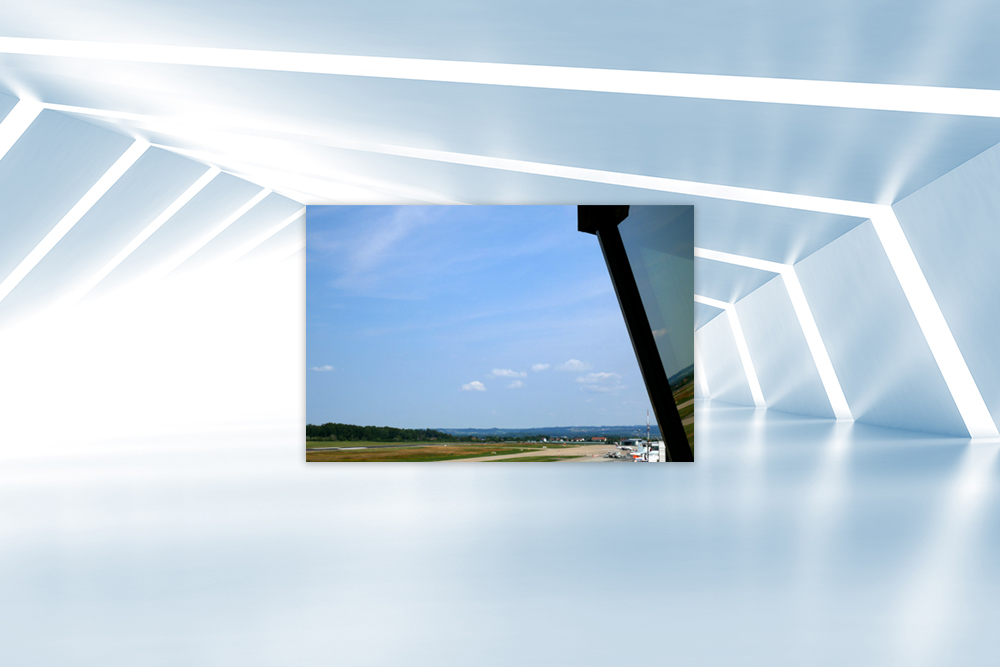 The first 100 days at Bodensee-Airport

Since 1 July, air traffic at the airport has been controlled by DFS Aviation Services, a subsidiary of the German air navigation service provider DFS Deutsche Flugsicherung (DFS). DFS is proud of what has been achieved so far: the successful transfer of services, the well-functioning team, the relationship with the airport operator Flughafen Friedrichshafen GmbH and the smooth handling of a diverse mix of traffic.

Philipp Kramer, the team leader of the controllers with 30 years of service at the airport, is happy to finally belong to DFS Aviation Services: “We had basically been doing a form of agency work through the former ANSP. This meant a lot of admin work for me as team leader as we were acting like a kind of intermediary between the airport operator and the ANSP on such things as letters of agreement, training, and when dealing with supervisory authorities. Now we feel as if we have a home. The admin work is organised centrally and from a single source.”

“Our centralised structure means we can implement standardised procedures and processes at all the airports where we operate. All administrative work is bundled at our headquarters in Langen, Germany, meaning resources can be allocated very efficiently. This is a win-win situation for all concerned,” said Dirk Mahns, Managing Director of DFS Aviation Services.

Claus-Dieter Wehr, CEO of Flughafen Friedrichshafen GmbH, emphasised an additional advantage of working with the new ANSP. “For us, the expertise of DFS Aviation Services in air navigation services is proving really helpful for the further development of the airport and the long-term technical planning.”

DFS Aviation Services is a certified air navigation service provider that can also offer associated products, services and consultancy around the world. The company’s experience both nationally and internationally and its ability to draw on the depth of knowledge of the whole DFS group means it can provide the airport with support on such issues as the replacement of air traffic control systems or on safety assessments. It is already advising the airport on finding a replacement solution for its current tower. The tower, which was built in the 1950s, no longer provides sufficient space and is in need of renovation.

The airport is the southernmost airport in Germany and, after Hamburg, the second oldest. In 2015, it celebrated its 100th anniversary and can look back on a long history with many accomplishments. In 2017, 9,919 take-offs and landings under instrument flight rules were recorded at the airport. Over the same time span, more than half a million passengers passed through the airport. A special feature of the airport is the diverse mix of traffic. In addition to the regular national and international air services, there is the constant stream of Zeppelins, business jets (Liebherr, for example, has its own hangar at the airport) as well as numerous training flights (including from Switzerland) and the occasional sailplane that have to be controlled. As the Swiss border is so near, a close working relationship between the tower and the Swiss ANSP is vital. 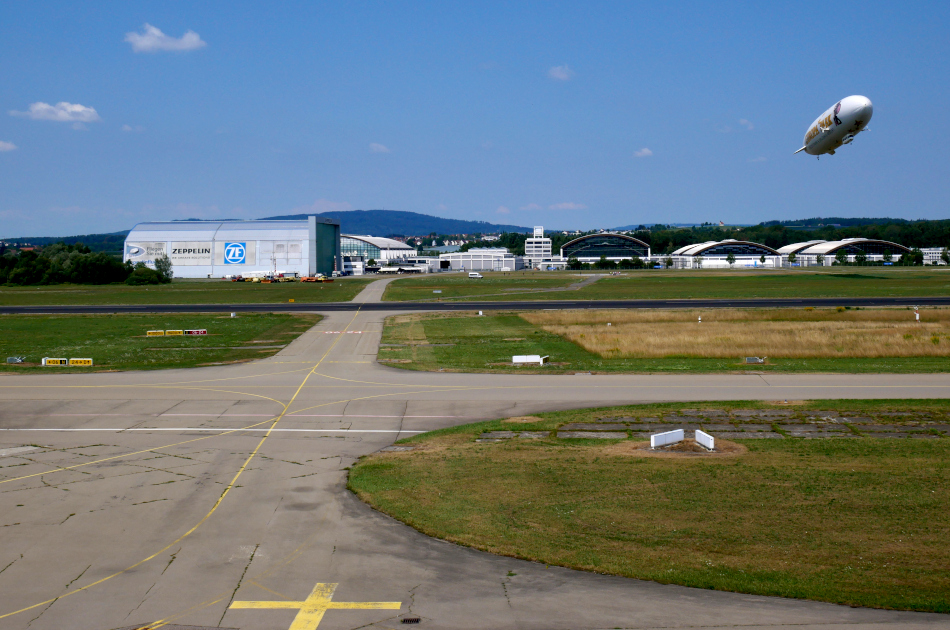 The 34m high hangar of Zeppelin NT is located directly beside the manoeuvring area. The company offers Zeppelin flights several times a day – a popular tourist attraction in the region. 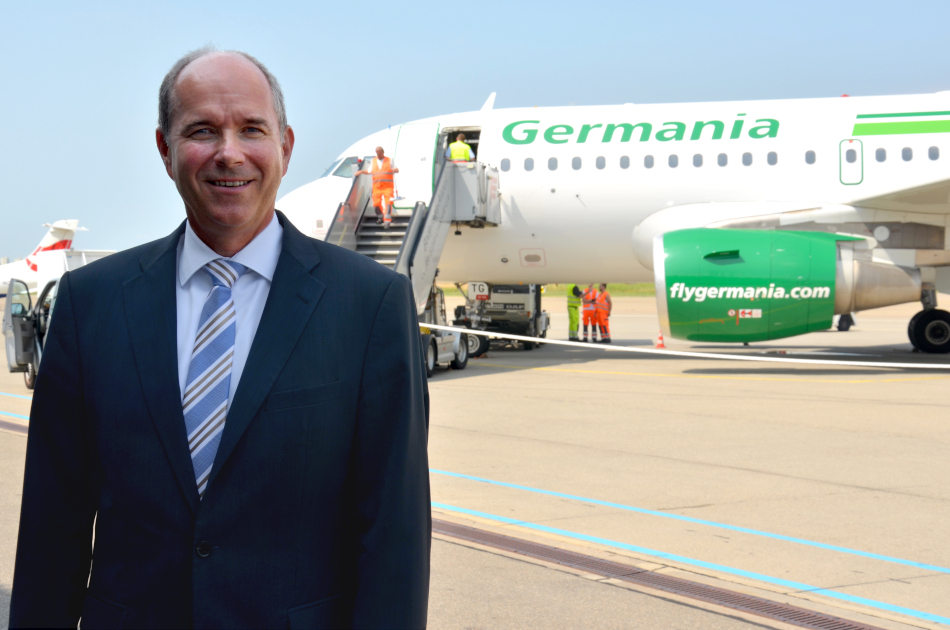 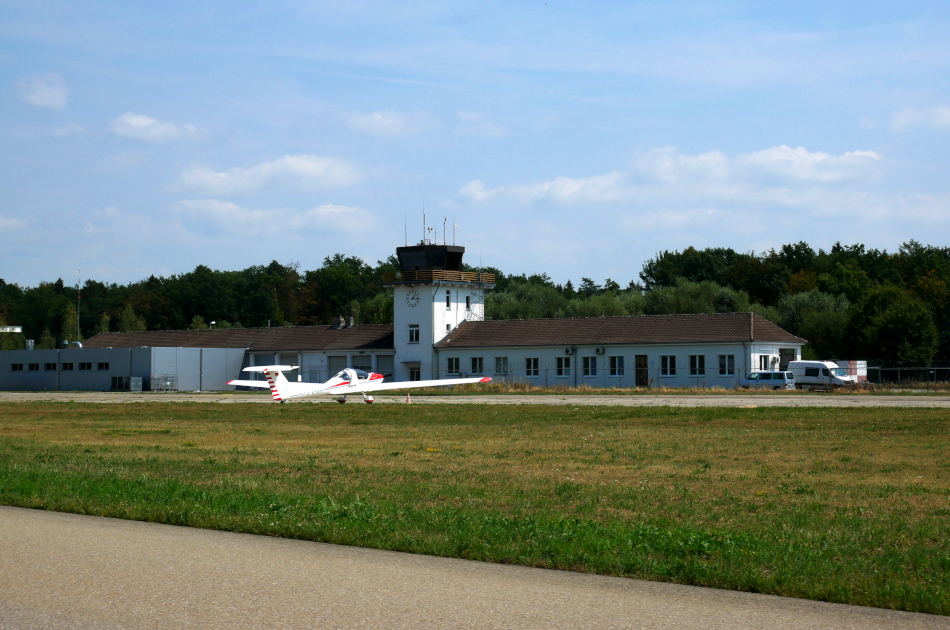 The control tower at Bodensee-Airport Friedrichshafen. The tower already has 60 years of proud service but the airport operator and the air navigation service provider see potential for optimisation.