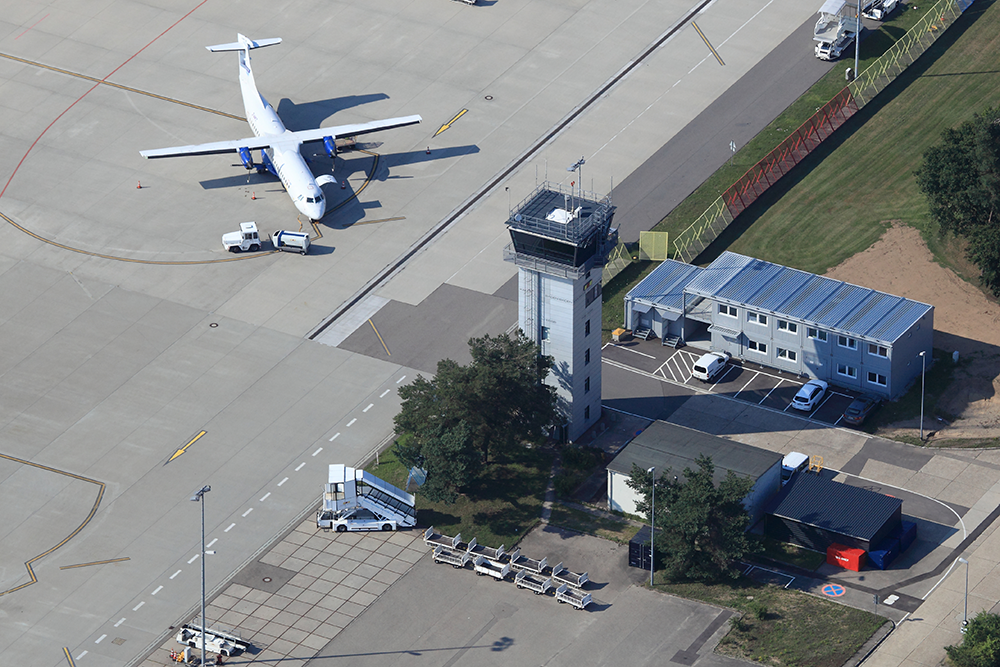 In 2021, a total of 229,344 flights were registered at German airports controlled by DFS Aviation Services GmbH. This is about 7 per cent more than in the previous year. Air traffic thus showed a slight upward trend. Compared to the pre-crisis level, however, this is still a decline of around 14 per cent.

After the decline in the pandemic year 2020, the overall figures for 2021 are positive. At eight of the nine airports controlled by DAS, the number of flight movements increased last year. Especially, traffic according to visual flight rules gained in importance in 2021. More than 151,000 flights were controlled by DAS controllers according to visual flight rules. This accounts for around 65.8 percent of the total air traffic registered by DAS. Likewise, an increase of 23 per cent in flights under instrument flight rules was recorded compared to 2020.

With around 39,000 take-offs and landings, Mönchengladbach Airport remains the busiest airport, followed by the regional airports of Karlsruhe / Baden-Baden (around 36,900) and Dortmund (around 36,700). 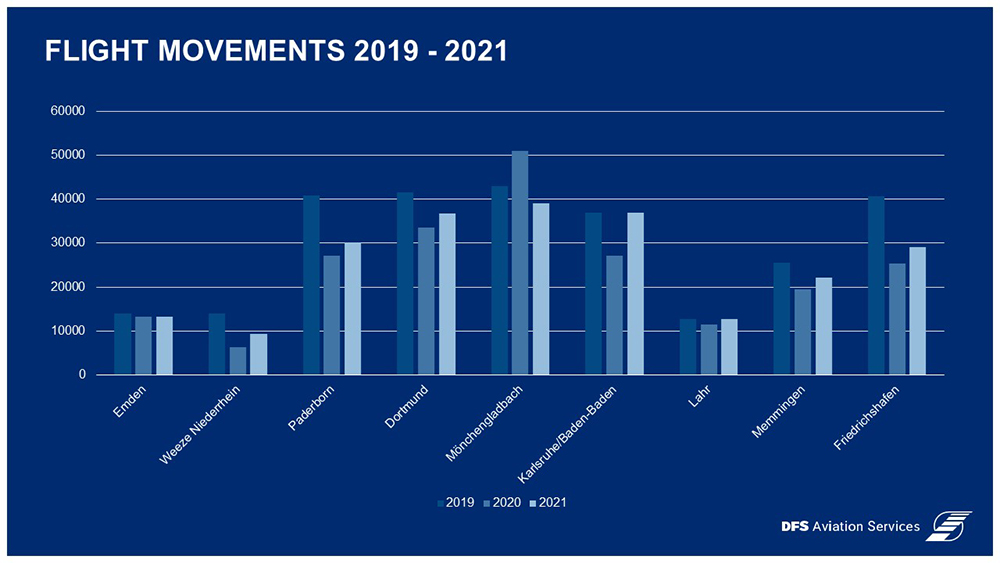